Got an attack of the munchies? Need something to accompany your beachside Bintang? Then you must try some of Indonesia’s favourite snacks, which are easily found everywhere in Bali. If you can, you must try them all, revel in the moment and then go for a 10km run. In other words, if you’re prescribing to a raw vegan diet then Indonesia’s favourite treats are your kryptonite. Otherwise, if you’re a no-holds barred, gotta try everything kinda person, then prepare the serviettes because it’s going to get messy.

The word “goreng” means to fry. By putting “an” on the end, it literally means “fried thing”, or what some might call, “blissful thing” or “heaven sent thing”. A fried thing is easily the most affordable and accessible snack in Bali. There are many different choices and not every gorengan stand will be the same, with each street-side chef having his or her own special recipe. By far, the king of all gorengan has to be pisang goreng (fried banana) but there are many others to pick from ranging from the sweet to the savoury. The average price is 500rp per piece, but don’t stop at just one – it’s never enough.

This night time snack is available in a sweet and a savoury version, both being equally devilish. This is probably the most unhealthy but oh-so-good-I-don’t-care-watch-me-eat-it-anyway out of the bunch. To describe the sweet version best would be a mix between a pancake and a crumpet. It is prepared with lashings of butter and a plethora of fillings that the buyer gets to choose. Be brave and order the uniquely Indonesian flavour – a mix of chocolate and cheese – if only to say you have tried it. The savoury martabak is made by stretching layers of pastry, filling them with egg, onion and minced meat, and then frying them to create a crisp yet gooey salty snack. It is usually accompanied by pickled cucumbers and a sweet vinaigrette. Fun fact: the savoury martabak is said to have been brought to Indonesia by Indian Muslims during the spread of Islam.

We should probably throw in at least one healthy option. And after all, Bali is a tropical island with a bounty of fruits to be tasted. The stock standard varieties like banana, pineapple and papaya are always available, but come here during certain months for the more rare and exotic beauties like Durian, Mangosteen and Rambutan. You can eat the fruit ala natural, blended into a refreshing juice or even mixed with ice, condensed milk and jelly for a dessert known as Es Campur (Mixed Ice). If you ask us, the best place to purchase juice and fruity treats is on Jalan Patimura off Legian street, Kuta.

Found beachside, at tourist sights and every night time market in Indonesia, Jagung Bakar is chargrilled corn that can be either smothered in butter, sambal or condensed milk. Have it as you like it, but best eaten amongst friends and not on a first date. Chances are you will end up looking like a hot mess. But really, who cares? you’re on a holiday in the tropics!

A meatball soup that is easily recognisable from the ting-ting sound of the hawkers tapping a spoon against the porcelain bowl it comes served in. The dish is a mix of a sour broth, shredded cabbage, rice noodles and meatballs. The meatballs themselves are a mixed bag, but you can be certain that it’s most probably some form of chicken (unless specified). Whether it be at a local warung or sold roadside by hawkers, this local snack sends Indonesians wild. If you hear the infamous sound of the bakso bowl, just yell bakso 2 times to get the sellers attention. Prices range from 5000 to 15,000, depending on the contents of your bowl.

Tummy rumbling yet? There are over 6000 inhabited islands in Indonesia with regional dishes aplenty. You would have to be here for at least a year to try them all! The snacks are just the beginning, stay tuned for the next food instalment when we post the ultimate Indonesian menu sampler that will get you from breakfast to midnight with plenty of Indo tastebud tantalisers in between. Main photo via Guido Van Damme. 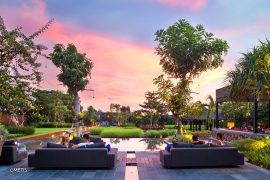 Best restaurants in Bali: a taste of Paradise 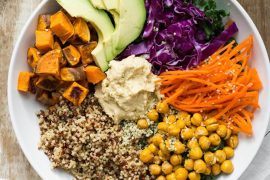 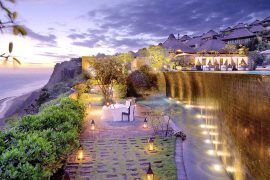 5 Most Romantic Dinners in Bali. Ps. I Love You