where to stay in Amed

We’re always trying to escape the crowds in Bali. Kuta, and even Seminyak, have become dirty words in the traveller’s vocabulary that suggest bad taste and invite disdain. They’re not all that bad, and Bali’s central hub “is what it is”. But it’s true that there’s much more behind the back door if you’re willing to get on the road for two to three hours (or even more).

Amed is a bohemian fishing village that unfolds over a 10km stretch of homestays, warungs, cafes and diving shops. We even stumbled across a few trendy clothing boutiques selling western style sun dresses. Go figure!

The best travel is a leap in the dark. Arriving in a strange place under the cover of night. Not in the brightly lit capitol, but through the back door.

Fast boats to the Gilis from Amed only take 40 minutes (IDR250,000 for a one way trip), versus an hour and a half from Padang Bai. The town is just over an hour past Padang Bai, but most travellers don’t go the extra mile. Trust us, it’s worth the drive. The village is gloriously laid back, and there’s more things to do here than you’d expect.

Did we mention a black volcanic sand beach, calm cool waters and a breathtaking view of Mount Agung? It’s pretty special. On the fringes of high season, there aren’t too many tourists at all. However, the place gets much busier over the summer vacation months (June to August).

The crowd in Amed 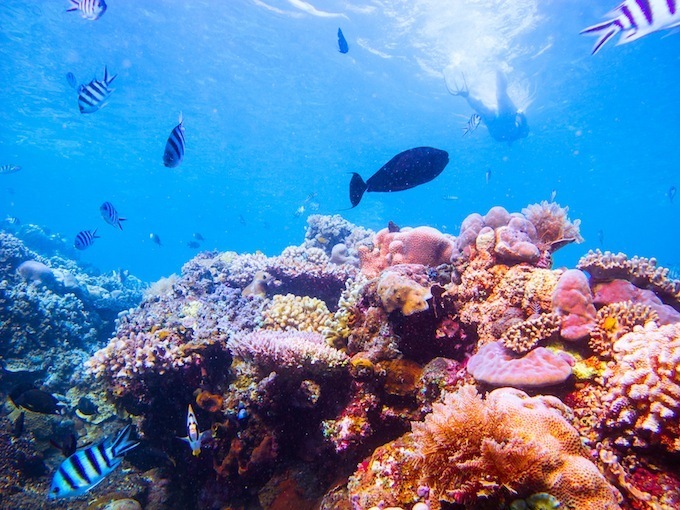 The Japanese shipwreck pulls in the diving crowd. It’s a spot on place for diving with superb visibility and barely a trace of a current. The Fusion free diving school based in Sanur is slowly migrating here as the waters are more ideal (and interesting) for the courses they run.

The crowd in Amed is a mix of solo travellers, groups and couples young and old. You hear the buttery accent of the French more than any other tongue here. Perhaps the authenticity of the village and remoteness of the town appeals to them. It certainly appealed to us.

Why should you check out Amed?

If you’re taking the fast boat to the Gilis and you’re looking for an alternative departure point to Padang Bai, here it is. Travel agents in central Bali should really recommend Amed more often – sadly they don’t. It’s possibly a matter of conflicting interests (how far they think you’re willing to go, and a slice of ticket sales).

A more curious reason to visit Amed is to be close to Mount Agung. Its energy is believed to enhance creativity, heal emotional wounds and bring you closer to God. Whatever your spiritual reasons, it beats a visit to the shrink.

This is a great spot for drawn out mornings in a village café, sunbathing on the beach in the day, playing in the ocean in the late afternoon and watching the sunset from Jemeluk (15 minutes on foot from the center of the village). So far off the beaten track, you successfully avoid the weekend playcation crowd, and have yourself a perfect seaside holiday. Bless!

Where to stay in Amed 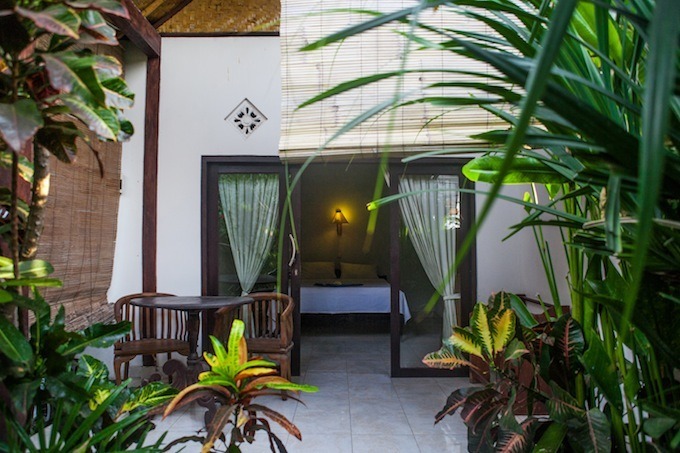 We stayed at Hoki homestay (IDR150,000 a night), run by a local fisherman named Made. There are only two rooms here, and his café is the busiest in town, especially in the evenings. The food is great, there’s a lively atmosphere from the hive of activity among his family and staff. He returns in the late afternoons with still-breathing barracudas and juicy prawns. Meals cost between US$2-4. It just doesn’t get any better.

The people of Amed 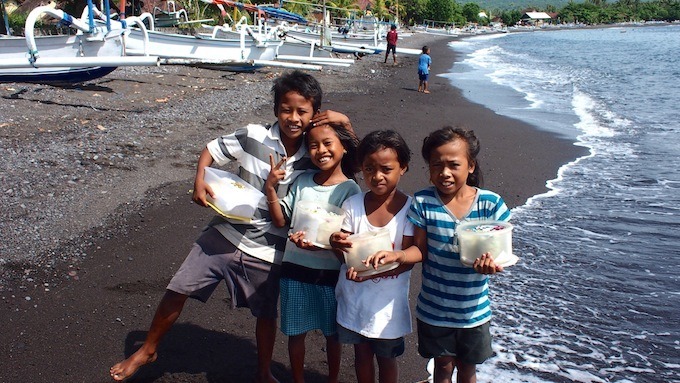 In Amed, the women run the warungs, cafes and homestays. The young men speak perfect English and are the town’s tourist guides and drivers, while fishermen like Made take you out to the snorkeling reefs on traditional boats. And there’s a rotation of foreign dive instructors based here during high season.

But it’s the children of Amed that make this place. During the day, gangs of children trawl the beach selling packets of local salt and beaded bracelets. They speak pretty English in cute high pitched voices and scurry away while chanting your name if you buy one. In the evenings (when they’re off duty) they swim around you in the sea and ask you the handful of questions they learn in school, over and over again.

The CIMD runs a school here that teaches English, and provides medical care for the community. Organizations like this one play a pivotal role in improving the lives of future generations in remote communities. If you’re in Amed for the weekend and have a fabulous time, don’t leave without giving a little back. Find out how you can contribute to the Yayasan school and social project in Amed.