The festivities don’t stop at New Year here… We have a select few of our favourites below starting 31st December and ending 4th January. Why not string out the party! 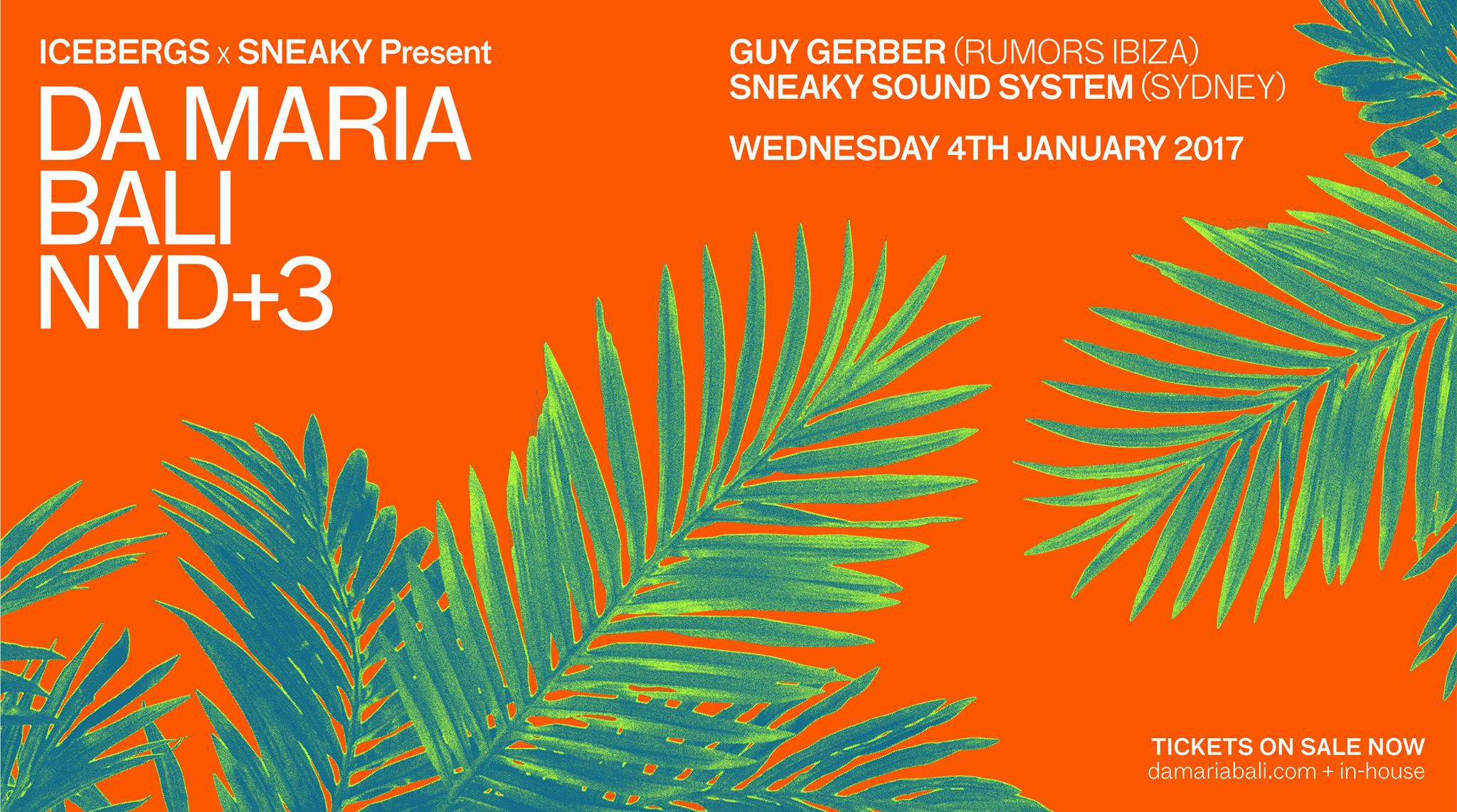 If you are not dying from a hangover after New Years Eve, you can head along on Tuesday January 3rd they will be hosting the first instalment of Island Life Project. Featuring Diplo, the superstar DJ, producer & songwriter behind acts such as Major Lazer & grammy winning duo Jack Ü. Along side an elite lineup of the most coveted DJs in Los Angeles’ music sphere: KITTENS of Fools Gold, HONEY and Neo Fresco to name a few. 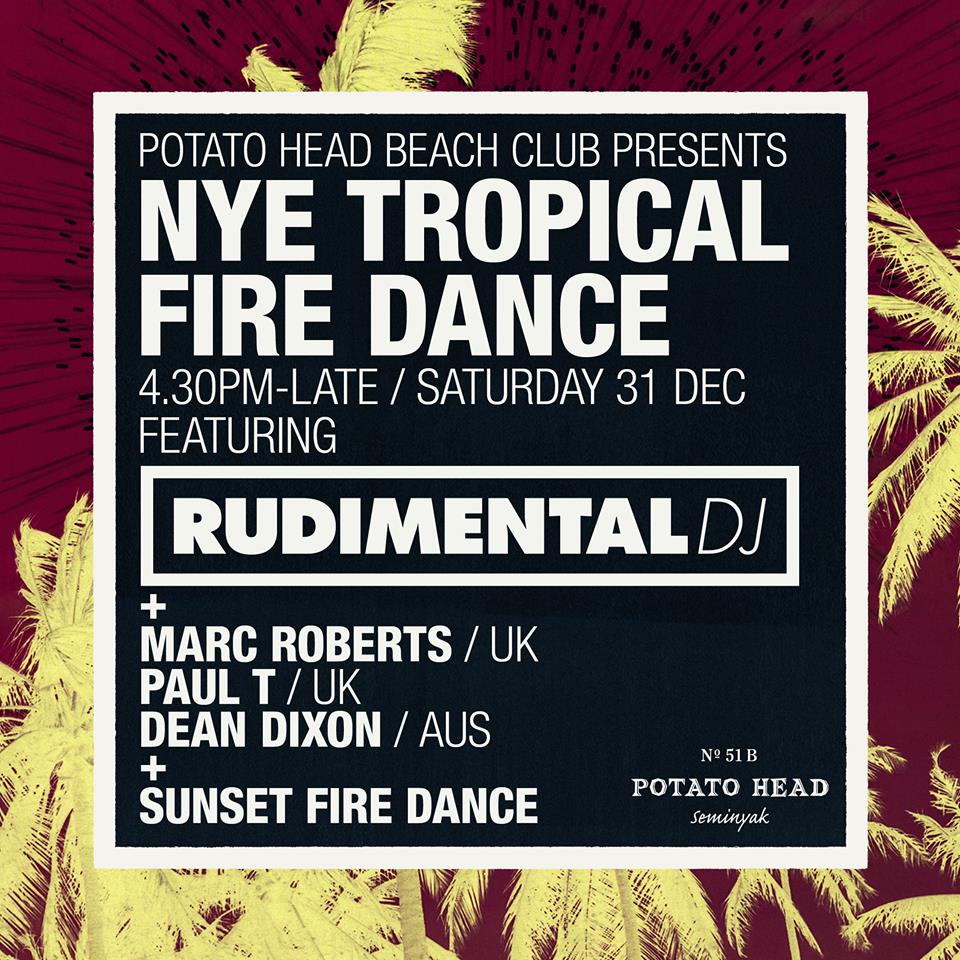 For those of us who live in Bali, we know how blessed we are. It’s not just because Bali is home to award-wining luxury resorts and posh restaurants. It’s not only because of the magic of the Balinese people or the picturesque landscapes. We are especially blessed because we have the privilege of celebrating our third, yes third, New Year of 2015 (Western New Year and Chinese New Year being the first two). However, this isn’t just any run of the mill New Year celebration. The Balinese New Year or Nyepi, is a day of silence that is preceded by a day of exorcism, or purification to be a little more politically correct.

According to the Balinese Saka calendar, the next new year will start on Saturday, 21 March 2015. This date coincides with the lunar “New” Moon phase, which is on Friday 20 March. The New Moon is called the “Dead Moon” by the Balinese. Why the Balinese call it “Dead” as opposed to “New” is a classic example of Eastern and Western disparity. At any rate, it kind of makes sense that the Balinese New Year starts on the first day after a Dead Moon.

In Balinese philosophy, there is a balance of positive and negative energies. In other words, and perhaps surprisingly, good cannot triumph over evil and vice versa. However, the Balinese culture consists of many rituals and ceremonies that attempt to cleanse (i.e. balance) us of our negative energies. Just like most people want to take a shower and put on their best-pressed outfit before going out on the town, the Balinese will follow a similar process before the special New Year day of Nyepi. But there is a twist, the Balinese will “primp” themselves on the inside rather than primping themselves on the outside.

In Balinese philosophy there is a balance of positive and negative energies.

Continuing with the analogy, in order for us to be ready for that exciting night out on the town, our body and clothes should be clean, right? One would certainly hope so. Think of your banal laundry day as a the day your dirty clothes get purified (happy laundry day!). So, what is the equivalent to washing ourselves on the inside? Like most ancient traditions, the main tools for internal purification are: meditation and fasting. Hence, another name for Nyepi is the “Day of Introspection.”

We can look at the Balinese New Year purification process as a two-step process. First step (external cleansing) includes the Melasti ceremonies at the beaches and the boisterous, festive Ogoh-ogoh parade (kinda like beating our clothes in the washer). Both are one-of-kind and viscerally amazing experiences not to be missed. Second step, an internal, very quiet, day of fasting and meditation (letting our clothes dry on a rack down in the basement with the lights off).

A fascinating observation about the Ogoh-ogoh and Nyepi season is the controversy and contradiction that surrounds these unique events. Contrary to popular tourist belief, the tradition of Ogoh-ogoh is relatively new, with its origins in the 80s. Balinese often say that one of the motivations was to give the Balinese youth something constructive to do when preparing for the upcoming New Year. Ogoh-ogoh are statues up to five metres high, which represent the negative aspects or all living things. They generally take the form of a local demon (some look downright obscene). The Balinese Hindu authorities try their best to ensure the statues are representative of the true spirit of the event, though an occasional Sponge Bob or Spiderman has been known to slip through cracks.

Similar to checking out the floats before the Macy’s Thanksgiving Parade, Ogoh-ogoh statues can be viewed sprouting from the villages 3-4 weeks prior to Nyepi. During this time, you can see the Ogoh-ogoh in the final phases of construction.  Going around to the different Banjars (communities) to see all the creative designs and witness the dedication that goes into the statue construction will boost the overall experience.

One of the tenets of Balinese philosophy is honouring the relationship between the divine, people, and nature.

If you did your homework, you’ve probably noticed that most articles on this subject state that Ogoh-ogoh statues are papier-mâché. Unfortunately, what they don’t say is that a large percentage of them are made of styrofoam; which makes things messy if they are burned (not all Banjars allow them to be burned). However, there is hope. Some Banjars and resorts are starting to promote “organic” materials – bamboo, grass reeds, paper, etc. One of the tenets of Balinese philosophy is honouring the relationship between the divine, people, and nature.

What does one do when you aren’t supposed to do anything? On Nyepi, not even a Hindu ceremony is allowed. This is one day a year where the people of Bali give back to Earth. All 2,000,000+ of Bali’s motorbikes take the day off. There are no fires. There are no planes. Electricity consumption is significantly reduced. Air pollution and noise pollution are next to nothing.

If you have never tried meditation, this is the perfect time to give it go.

If you have never tried meditation, this is the perfect time to give it go. Sit back (or cross-legged if you are a Yogi) and enjoy a fleeting day of silence. This could be challenging if peace and quiet are not your cup of tea.

Despite all of the Nyepi Day restrictions, not everything is closed. If you are staying in a hotel, this is quite obvious. In fact, many, if not all, hotels and resorts in Bali offer Nyepi “packages” to lure guests. This isn’t necessarily a bad thing. But sometimes, the true spirit of Nyepi gets lost in translation between businesses’ bottom lines and cultural traditions. This is tough time if you are Balinese and work at a hotel, sacrificing an important day of purification is the price to be paid for keeping one foot in the modern world.

Nyepi falls on Saturday 21 March 2015 (New Moon is 20 March). Therefore on Friday 20 March, Pengerupukan festivities usually start in the morning with blessing ceremonies. Ogoh-ogoh parades can begin anytime in the late afternoon, evening, or night time. Parade start times depend on local Banjar rulings. At the end of the parade route, the Ogoh-ogoh are usually placed on display in a football field for everyone to see. Depending on the rulings, the statues could be set on fire at this time.

If you are staying at a hotel, check with their activities team or concierge to find out local Melasti and Ogoh-ogoh parade timings and routes. Not every Banjar will have a parade (this varies from year to year). Be prepared for road blocks, traffic jams, and walking through crowded areas if you plan to be towards Sanur, Denpasar, Kuta, and Seminyak.

Get into the spirit of Nyepi by trying a cleanse over the holiday. Selamat Hari Raya Nyepi!

Stay put on Nyepi Day. Only emergency vehicles are permitted on the roads. Anyone on the street must have proper papers to do so, which will be enforced by the Pecalang. Hotels and resorts will operate but are likely to be quieter than usual. Try a meditation class, fasting or a cleanse. If you miss the hustle and bustle or the sounds of motorbikes in the air, don’t worry, all of it will be there for you tomorrow.